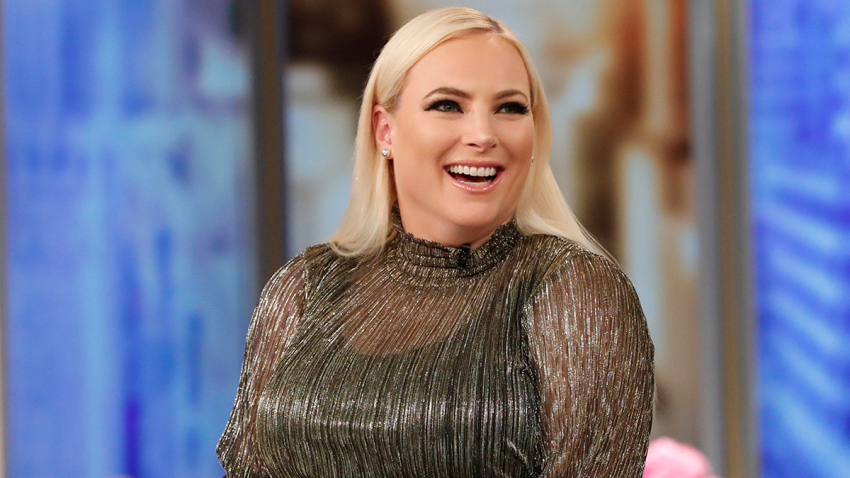 Meghan McCain is a mom.

The daughter of late Senator John McCain, Meghan gave birth on Monday, according to the ABC show's Twitter account.

The 35-year-old mom had a miscarriage eight months before she announced she was expecting once again. In March, she wrote on Instagram, "My husband Ben and I have been blessed to find out I'm pregnant. Although this isn't how I expected to announce my pregnancy, both we and our families are excited to share the news with you all."

At the advice of her doctors, she began appearing on "The View" from home via satellite during the COVID-19 pandemic.

"I consulted with my doctors and they advised me that for the safety of our baby and myself, I should be extra vigilant about limiting the amount of people we come in contact with," the conservative commenter said. "Starting immediately, I'll be joining the millions of Americans who are self-isolating."

On Sept. 10, McCain gave Domenech a shoutout on her Instagram in an adorable couples' selfie. She recounted their early days of dating, saying, "#TBT many, many, years ago on our like third date. Drunk on whiskey sours. Cut to today and I'm a few weeks away from having your baby... Life is bananas and we have been through the most insane shit the world can throw at a couple and somehow come out the other side still in love and intact.

"It all started because I thought you were hot and smart on Bill Maher and followed your blue check mark on twitter," the "Dirty Sexy Politics" author continued. "You didn't f--- around, slid into my dm's and asked me to dinner immediately."

McCain wed Domenech in 2017 at their family ranch in Arizona, one year before her father's death.

In July 2019, she publicly opened up about her miscarriage.

"I loved my baby, and I always will," she wrote in The New York Times. "To the end of my days I will remember this child—and whatever children come will not obscure that. I have love for my child. I have love for all the women who, like me, were briefly in the sisterhood of motherhood, hoping, praying and nursing joy within us, until the day the joy was over."

McCain later took to Instagram to vow that she will teach her children about social justice, following nationwide protests calling for racial equality. She shared an image of five peace signs, from hands of various skin tones, with the phrase "I promise to teach my babies to love your babies."

The political figure added, "About to become a mother. We can all only be the change we want to see in the world and strive for better. This summer of hell should be a huge wake up call that we all have a lot of work to do and I still wholeheartedly believe there's still ultimately more that unites us as Americans than divides us."